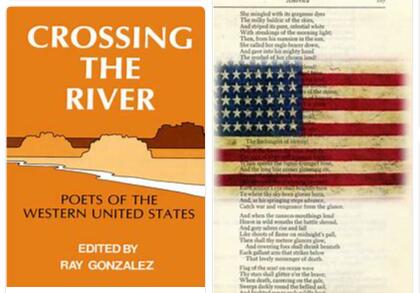 The great innovative propulsion that had revolutionized the ways of poetry in the sixties and seventies undeniably loses some of its energy with the entry into the eighties, but still continues to make its influence felt even in the new decade. First, the more unconventional poets continue their research and offer other examples of ” subversive ” and at the same time ” popular ” poetry. The former beats G. Corso, R. Duncan, L. Ferlinghetti, A. Ginsberg and G. Snyder did not renounce their dissonant and irreverent voices until the last decade of the century. Similarly members of the Black Mountain group such as R. Creeley and D. Levertov insist on “ projecting ” projective verse conceived by Ch. Olson, 1910-1970) even after the end of their collective experience. They can no longer provide, instead, their contribution of passion and experimentation Zukofsky L. and K. Rexroth, which disappear respectively in 1978 and 1982. Even more distant currents in appearance from this kind of commitment, such as Poets Confessional and the school of the so-called Deep Image, have contributed in some way to the general process of democratization of poetic language, one by writing about daily experiences with a language programmatically resistant to intellectual darkness, the other by working on those archetypal materials of the unconscious that are the common heritage of the collectivity beyond all distinction of social class, sex, ethnicity, education.

For example. R. Bly (b.1926), in his numerous collections from Sleepers joining hands (1973) to Meditations on the insatiable soul (1994), builds a corpus of ” profound images ” that derive as much from European surrealism as from post-war psychoanalysis, but never underestimates the contingent relevance of the most superficial socio-political events. J. Wright (1927-1980) in turn constructs a symbolic landscape that does not exclude concrete references to American geography and history. More provocative and much less realistic, in his attempt to expand J. Berryman’s already “expansive” poetics (the term is due to the critic L. Lieberman), is the phantasmagoric proliferation of identities that are transfused into the enchanting language of J. Dickey (b.1923; the powerful Collected poems was released in 1992). The ” mythopoeic ” poetry of WS Merwin (n. 1927;, 1982; The rain in the trees, 1988).

The inevitable moderate reaction of the 1980s, dominated at the political level by the republican presidencies of Reagan and Bush, heralded at the level of poetic theory by the publication of the “ revisionist ” The situation of poetry by R. Pinsky (1976), does not even stop the development of another committed poetic movement, which in the 1960s had gained critical attention as perhaps the most authentic novelty on the contemporary poetry scene: women’s poetry. A decisive moment in this process, obviously strongly pushed by feminist movements, is the publication of the collection Diving into the wreck (1973) by A. Rich, a veritable poetic manifesto of feminism; despite the absolute imperviousness to any compromise with the conventions of beautiful writing – not to mention the frank exaltation of lesbianism – the book wins the National Book Award, opening the doors of the official poetic academy to verses that embody passion and anger. only of the woman-writer until then not recognized by the dominant culture, but also of all the other women, forced by a male and male society into much more concrete and painful silences. Subsequent collections have confirmed Rich’s stature as the leading female exponent of contemporary American poetry.

This radical breaking operation immediately found a theoretical-critical confirmation of great importance with Naked and fiery forms (1976), the study by S. Juhasz on Modern American poetry by women, which constitutes the revolutionary counterpart to the reactionary or at least conservative proposal of Pinsky. Thanks to the reinterpretation hypotheses proposed by Juhasz, poetic feminism managed to regain possession of the voice of that E. Bishop (1911-1979) for a long time exalted as a perfect example of delicately and timidly feminine poetry. The 1983 edition of The complete poems celebrates Bishop’s importance, which offers the complete path of a poetess with a subdued language and yet immediately noticeable by other women and warned in her hidden but irreducible ” difference ”.

The transition to the Eighties saw many poets intent on radicalizing formal and thematic choices that already at the beginning of their careers signaled a profound discomfort with respect to the clichés of female writing then prevailing. Thus, C. Kizer (b. 1925) in the Yin collection(1984, winner of the Pulitzer Prize) brings her passionate research on the principle of female creativity to its climax, after having been celebrated, at the beginning, as a graceful exponent of a formally flawless poem. A similar parable is the one drawn by G. Brooks (b. 1917), who however adds the obstacles posed by belonging to an ethnic minority to the difficulties of re-constructing her own female identity. More drastic are the choices of A. Lorde (b.1934), who as an African-American feminist and lesbian (but also as the mother of two children from an interracial marriage) subjects all the assumptions relating to sexual and ethnic roles disseminated by contemporary culture and literature, by means of a direct and explicit lexicon and syntax but always subjected to the scrutiny of a powerful and sophisticated sense of rhythm. N. Giovanni (b.1943) instead softened the decisive militancy of the first phase of his career as early as the early 1970s, without prejudice to a dedication to the cause of African American women which is even more decisive in the production of S. Sánchez (n. 1935), L. Clifton (b.1936), J. Jordan (b.1936) and M. Evans (b.1923). The contradiction between sexual identity and ethnic belonging explodes in the production of A. Walker (b.1944), which openly promotes the predominance of the bond of ” sisterhood ” and matrilinearity, and consequently employs a less personal and strident language than the Lorde or Giovanni, but more realistically suited to communication between women. Native American, partly African American, and partly Irish. The same conquests achieved by women in the field of culture and more particularly poetry led to a sort of relaxation of the programmatic tension in other authors of the Eighties: to M. Piercy (b.1936), M. Hacker (b.1942)), Sh. Olds (b. 1942) and M. Jo Salter (b. 1954) it no longer seemed necessary to vehemently affirm one’s gender identity nor to reject the fascination of more traditional versification. Even the ideological ebb of the Reagan era contributed to dampen certain polemical tones, and to push many poetesses to recover topics and styles of confessional poetry, in search of a more intimate expression of the female condition.

Paradoxically, it is precisely when these authors attenuate their momentum that they come closer not so much to the models of pre-feminist female poetry, but to those of a certain contemporary male poetry. As for a defensive reaction in the face of the formal and ideological aggression of their colleagues, many male poets of the last two decades have in fact preferred to take refuge in the treatment of an almost modest “ sensitivity ”, evading the debate on the fate of humanity (and poetry) postmodern and devoting himself vice versa to the description, suffused with nostalgia, of suburban or rural environments close to fading, according to a sort of renewed poetics of the local color: we can read authors from the Northeast such as S. Lea (b. 1942) and B. Galvin or from the Northwest such as R. Hugo (1923-1982), who even seem to recover the anti-industrialist lesson of W. Wordsworth. Other forms of neo-traditionalist poetry, characterized however by a greater expressive force and by the choice of predominantly narrative modules, arose above all in the South of the USA: the Virginian D. Smith (b.1942), for example, reactivates the Faulknerian passion for reproduction of individual and regional variants of the spoken language.

However, the new poetic realism has expressed voices that do not deny the radical experience of the Sixties, thanks also to the important mediation of L. Simpson (b.1923), active in the Deep Image groupbut above all interested in reviving the tradition of Whitmanian colloquialism: Ph. Levine (b. 1928) denounces the hidden contradictions behind the apparently opulent surface of the average American’s life; CK Williams (b. 1936) translates into poetry the discomfort of the privileged classes in the face of the suffering and exploitation that continue to exist and indeed spread throughout the 1980s; D. Johnson (b. 1949) confronts the otherness of the black or the immigrant; in all of them there is an almost archetypal presence of Whitmanian poetics. Even the former formalist A. Hecht (b. 1923) regenerates his poetic voice by translating it into narrative verses of great emotional impact.

If the research of the neorealistic school took place mainly in the sphere of thematic choices, two other ” masculine ” currents have instead dedicated themselves, in the last twenty years, to the revision of stylistic canons: it is Neoformalism, which attempts a real restoration of the critical-poetic verb of the early 1950s; and of the so-called Language poetry, which vice versa chooses as its own deity to protect the most ” deviant ” of modernist poets, W. Stevens, and renews its legacy by reading it through the lenses of the most recent critical theories, first of all deconstructionism. The rebirth of formalism, promoted with the fundamental support of the New Criterion by H. Kramer (which not by chance took up the title of the magazine directed by Eliot until 1939), corresponds to the re-emergence on the poetic proscenium of R. Wilbur (b.1921) and J. Merrill (1926-1995), who cannot add A. Macleish, who died in 1982: with the edition of the Collected poems (1988) of the first, and the publication of Late settings (1985) and The inner room (1988) of the second, many young American poets (M. Peacock, n.1946; J. Moffett, n.1942; B. Leithauser, n.1953; V. Seth, n.1952) rediscover the fascination of ironic subtlety and rhythmic and rhyming elegance and the annoyance for the more openly political issues. The exponents of Language poetry they play with the fundamental assumptions of neo-formalism – first of all the conception of poetry as a linguistic system governed by precise rules that do not contemplate emotional and political involvement – to overturn its function and functioning. The best known of these poets (perhaps the most acclaimed of the last decade) is J. Ashbery (b.1927), who takes up above all the techniques of the last Stevens (the meditative one) to transform the poem from a means of lyrical expression. as an abstract meditation tool; unlike the neo-formalists, however, this meditation produces not a coherent formal and above all semantic order, but on the contrary a complex network of relationships between sign and meaning within which the irruption of subversive factors is always foreseen, which upset each time the interpretative procedures presupposed and promoted by the text itself. Faithful followers of Ashbery’s lesson are R. Hass (b.1940), L. Hejinian (b.1941). In the course of the 1970s and 1980s, even the poetry of African Americans (males) underwent a gradual attenuation of the revolutionary spirit that permeated it in the previous decade, replaced by greater attention to issues of formal construction. After the creative explosiveness of A. Baraka (b.1934), DL Lee (later Haki R. Madhubuti, b.1942) and R. Hayden (1913-1980), the younger poets chose to work with less emphasis and aggressiveness and greater attention to stylistic details in the elaboration of poetic forms that could fully render the sonorous, lexical and syntactic richness of the idiom of the blacks of America.

In conclusion, the American poetry of recent years presents a truly varied scene, where ethnic and socio-economic determinations interact and conflict with political and aesthetic choices, opening up to the artist a vast range of creative choices, even if not always used with the swagger of previous decades.