I spent my semester abroad at California State University Long Beach in the spring semester 2016 and it was simply the coolest semester of my studies . I am studying industrial engineering at the Karlsruhe Institute of Technology and have attended various courses on my degree course in Long Beach at the university. In the following, I’ll tell you how everything went.

Preparations
At the beginning of my studies, I was actually never sure whether I should go abroad, as many others do. In the end, however, I wanted to definitely experience this adventure . I was actually pretty much at the end of my bachelor’s degree and was just about to write my bachelor’s thesis in a company. About 5 months before the start of the spring semester 2016, I got in touch with your website. At that point in time I didn’t even know where to go in the US ? From pictures and stories from friends I realized that the west coast is a suitable place for a semester abroad. I then received the information I needed via your website and was given great information about the individual universities . After I decided on Long Beach, your website ran a great job through the application phase . You will be supported by them at all times and you never really have to worry about forgetting something.

After I got the approval, I searched out potential WGs (apartments) via the Facebook group, booked the flight and took care of other things, such as applying for a visa . And of course, at the beginning you stand there and really have no plan how to take care of everything – find a room in another country , study abroad, pack suitcases for half a year and, above all, which underpants I actually prefer the flight to ???

Living and Living in Long Beach
Fortunately, through the Facebook group , I found a room in an apartment in which two Danes (also in the Study abroad @ the Beach program) and an Englishman lived. At first I was a little insecure about moving in with people I don’t know and who don’t speak German either. In retrospect, it was one of the best decisions I made, but more on that later. The apartment was in the Alvista complex, at 1720 Ximeno Ave, near the Traffic Circle. The Alvista Apartments are directly opposite the Beverly Plaza Apartments and a Vons. Most international students live in these two apartment complexes and the best house parties are held here 😉 The bus connections are very good, it is 10 minutes by bus to the university, and it is a safe residential area.

The apartment complex is equipped with three pools, several barbecue areas and a small fitness studio. You really have everything you need here . The rent for me was $ 550, for the Danes for a shared room it was $ 350 per person. However, this was also due to our “third room” in the living room, which pushed the rent down again. You should expect $ 550-850 for a single room and $ 350-450 for a shared room. In California everything is simply more expensive – rent, groceries … Of course there were also a lot of students who didn’t have a room at the beginning, but you don’t need to stress yourself there. You get to know enough other students who share the same problem and who you can team up with via the Facebook groups or through the meetings at the office at the university.

Luckily, when I arrived in Long Beach, I had my single room in the apartment so I could go there directly from the airport. Of course the first few days were a little weird – jet lag, everything new and you hardly know anyone. On my first day, I just went to the Study Abroad @ the Beach Office at university and met other students from the same program there. It was of course great to know other students right from the start and to do something with them. But don’t worry, the Study abroad @ the Beach Office will take great care of you during the orientation week and you will have the opportunity to get to know the other internationals at numerous events.

My roommate from England had been to Long Beach for a year and lived in our living room. It was a bit strange at first, but you get used to it quickly. The other two boys from Denmark landed 3 days after me. And from then on, the whole fun really started. With many other international as well as Americans we went to numerous parties and did many road trips together . The highlights were a house party right in Beverly Hills and road trips on the west coast or to Seattle. Everything was there. You experience so much during the semester abroad. It was just a great time.

Study
The university system is a bit different compared to the German. You have to be prepared to do a lot of homework during the week, some of which you have to upload online. In return, the effort before an exam is less and on the weekend you can do whatever you want. It must also be said that the level in the USA was not quite as high as at a German university. As a bachelor student, you have to complete 12 units in total. Which course you ultimately choose is up to you and depends entirely on whether there is still a free space for you in the respective class. To do this, just take a look at the respective courses in the first two weeks and ask the professors whether they can accept you.

• Math 122: Calculus I: Professor was Tran Truong – great professor who can explain really well. The course level is, however, well suited for beginners. High effort but also counts for 4 units
• CECS 277: Professor: Susan Nachawati – the course was about programming with Java. Effort is reasonable, professor takes getting used to and not easy to get an A. Previous knowledge of Java is required (3 units)
• EE 201: Digital Logic Design: Professor: Parviz Talebi – course is interesting and includes practical laboratory work such as building circuits. Effort reasonable and exams are not difficult. (3 units)
• Tennis I and basketball I: a good change from everyday university life: D (1 unit)

As a little tip, I can advise you to keep Fridays free . Most students do that and you always have a day longer on the weekend – perfect for short trips.

Conclusion
My semester at CSULB was just brilliant . I can only recommend everyone to have such an experience. In these six months I got to know the best people and got to see the most beautiful places. And of course the parties were never neglected;) Above all , you develop personally and expand your horizons! 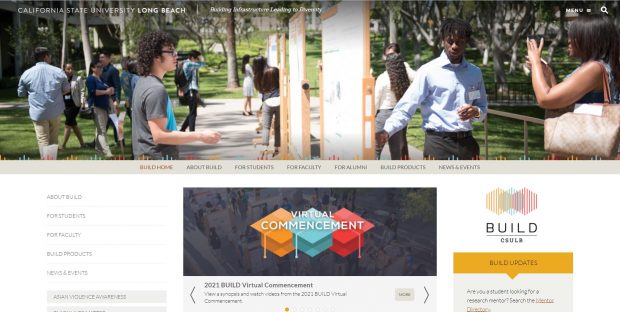 How to open a bank account in the Netherlands?

13 Best Cooking Schools in the World

Most chefs agree that formal education is the best way for cooks to specialize in technical tools to operate in such a competitive and, at times, brutal industry. But in addition to all this, the best culinary schools in the world open many doors and teach priceless skills to those who have the dream of […]

The application process was extremely pleasant. During my bachelor’s degree, I was already abroad with the Erasmus program, which meant a lot more effort. I told College Contact about my field of study and what I wanted, and received suggestions that ultimately led me to Dublin. Dublin Business School looked a bit chaotic in the […]