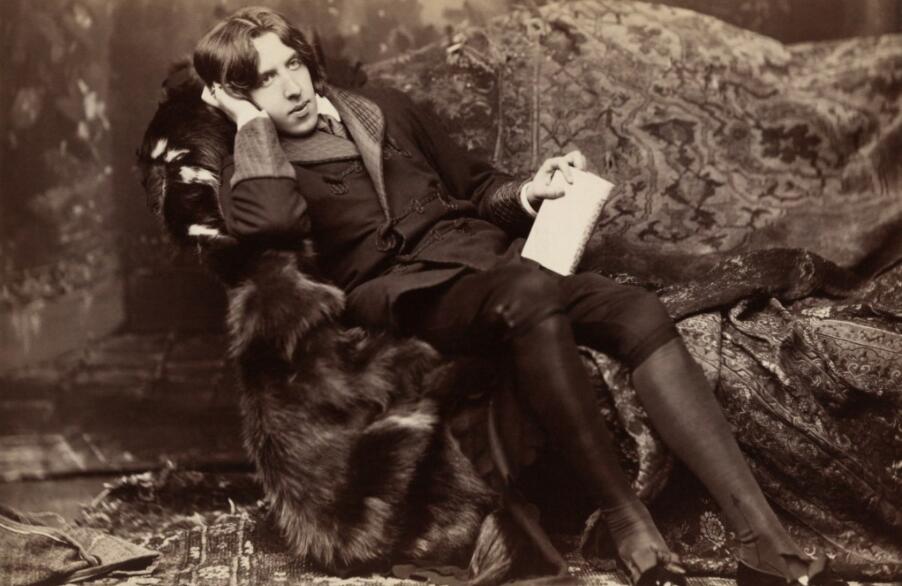 The SAT Writing questions look a lot like the ones you find in the Reading section of the test. This is because both present you with a passage on which you must resolve some issues. However, in Writing you will answer questions about punctuation, word choice, text structure and organization. Confused? Then check out 3 sample questions:

For examples of SAT Writing questions, we will take into account the following passage. In the test, you will receive texts with basically the same size, followed by 11 questions about each one. The markings throughout the text refer to the question of the same number.

Oscar Fingall O’Flahertie Wills Wilde was born at 1 Merrion Square in Dublin, on October 16th, 1854. Wilde was the second son of Sir William Robert Wilde, a celebrated ear and eye surgeon. Wilde’s father was also the President of the Irish Academy. [1] He had a mother who was Jane Francesca. [2] She became famous in literary circles under the pen names of ‘Speranza’ and ‘John Fenshawe Ellis .’

Oscar Wilde received his early education at Portora Royal School, which he entered in 1864 at the age of nine years, and he later won a scholarship to study at Trinity College, Dublin, to study Classics.

In 1874 he obtained another scholarship, this time to Oxford University, where he continued his academic successes and won numerous awards. After graduating, he gave lectures on Art and Classics, and continued to write poetry. [3] In 1884, Oscar Wilde married Constance Lloyd, and gave birth to two sounds.

During the next five or six years, articles from his pen appeared in several major magazines. In July, 1890, The Picture of Dorian Gray had been published in Lippincott’s Monthly Magazine. It was the only novel Oscar Wilde ever wrote, and was published in book form along with seven additional chapters in the following year, being one of the most remarkable books in the English language.

With the production of Lady Windermere’s Fan early in 1892, he was at once recognized as a dramatist of the first rank. This was followed a year later by A Woman of No Importance , and after brief intervals by An Ideal Husband and The Importance of Being Earnest .

Thus, Oscar Wilde was arrested for “indecency” in 1895, as homosexuality was considered a crime in England at that time, and on Saturday, May 25th, 1895, he was sentenced to two years’ imprisonment with hard labor.

After his release from prison in 1897, he moved to France and wrote The Ballad of Reading Gaol under the nom de plume ‘C.3.3.,’ Oscar Wilde’s prison number. Of this poem a reviewer said, “This is a simple, a poignant, a great ballad, one of the greatest in the English language.”

Wilde passed away on the afternoon of November 30th, 1900, in poverty and almost alone. The little hotel in Paris – Hotel d’Alsace, 13 rue des Beaux Arts, – where he died, has become a place of pilgrimage from all parts of the world for those who admire the genius of Oscar Wilde.

Which choice best keeps the sentence structure already established in the paragraph?

A. NO CHANGE
B. Wilde’s mother
C. His mother
D. And he had a mother,

This is an example of the SAT Writing questions that address the structure of the text. The correct answer, in this case, is alternative B. This is because all the previous phrases begin with the name of Oscar Wilde . In order to maintain the structure already established, the sentence in question must also begin with the name of Wilde, especially to avoid the ambiguity of the singular pronoun “ he ”, resulting from the mention before Wilde’s father.

Which choice provides the most effective transition from the first paragraph to the second paragraph?

A. NO CHANGE
B. Oscar Wilde has inherited his mother’s intelligence and writing ability.
C. Though she did not receive as much education as her son would go on to receive, Wilde’s mother was an accomplished writer.
D. DELETE the underlined portion.

Here, the correct answer is alternative D. It is the best option because the first paragraph presents the general subject of the passage, the writer Oscar Wilde, and provides basic information related to it. The underlined part gives information related specifically to Wilde’s mother, and the following paragraph returns to Wilde and her academic background. As the writer – and not his mother – is the subject of the passage, to make the transition smoother between the two paragraphs it would be better to remove excessively specific information related to his mother’s pseudonym.

Based on the context, which construction most logically concludes the paragraph?

This is a great example of how SAT Writing questions assess your “editorial skills”, since you must “correct” the way a sentence was structured. In this question, the correct answer is alternative D. The construction of the original sentence implies – wrongly – that Oscar Wilde gave birth to two children. Alternative B is incorrect for the same reason. Alternative C, in turn, shifts the focus of Wilde’s sentence to his wife. Meanwhile, alternative D correctly places Wilde as the subject of the sentence and uses the feminine pronoun ” she ” to make it clear that it was not Wilde who gave birth.