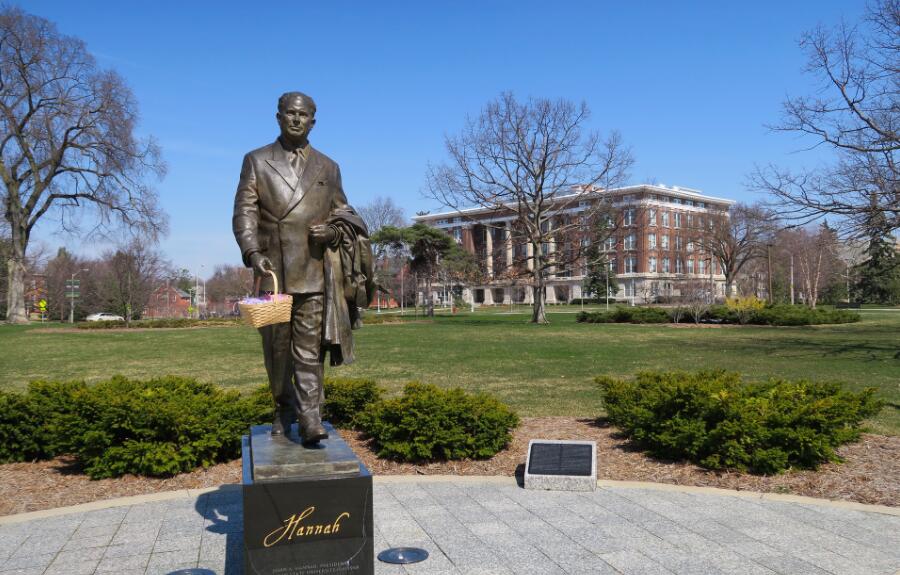 Being part of a minority in college can be quite difficult. This also applies to those who dream of studying abroad. But fortunately, lesbian, gay, bisexual and transgender students have many options for universities that promote welcoming and well-being initiatives for members of these communities. In today’s text we are going to talk about the most LGBTQ-friendly universities in the USA. If you dream of studying there in a learning environment that values ​​respect and equality, be sure to check it out!

Most LGBTQ-friendly Universities in the USA: Stanford University

Stanford counts on the LGBT Community Resource Center, an organization that defends the interests of this community that has the main objective of welcoming students from this group and showing, through magazines, films, academic newspapers and art publications, what it is to be gay, lesbian, bisexual and transsexual. The space, however, is open to anyone who wants to know more about the LGBTQ world within a safe space where everyone is welcome.

The university also has the Vaden Health Center, which provides special medical assistance, mental health counseling and sexual health education for students. And, among other initiatives, the institution has also established several partnerships to support students who face challenges associated with sexual orientation and gender identity. No wonder Stanford has been recognized several times as one of the universities that most respect diversity in the USA.

Most LGBTQ-friendly Universities in the USA: University of Michigan

The University of Michigan has many programs that aim to promote diversity, such as Ross Out for Business, which helps LGBTQ students to participate in social activities, professional recruitment events and mentoring services. There is also the Spectrum Center, which organizes events to help LGBTQ students, such as LGBTQ Ally Development Training and My Voice Speaker’s.

Guidance services with mentors are also provided for students who wish to discuss their sexual or gender identity. And for students who want to delve more academically into issues related to the community, the institution also offers several minors in the Department of Women’s Studies in the field of Gender and Sexuality studies.

Most LGBTQ-friendly Universities in the USA: Cornell University

The Cornell has a thriving LGBTQ community since 1994 and promotes initiatives in its LGBT Resource Center. One example is the First Year Queer Connections Group, a social and academic support group that helps students make the transition from high school to the first year of college. In addition, the institution also promotes many events and has other support organizations, such as the Safer People / Safer Places network, which works to reduce phobias related to LGBTQ people; Lavender Graduation, which celebrates special achievements by the LGBTQQIA community at the university; and the LGBTW orientation program. There are also many health services available to LGBTQ students, including health care, counseling services and information related to gender transition.

Most LGBTQ-friendly Universities in the USA: Brown University

Brown University has a high priority in providing support to its LGBTQ students. Since 2004, the LGBTQ Center has organized social events, educational programs and training and advocacy services for students in the community, striving to maintain an open and inclusive environment. There is also the Renn Mentoring Program, an initiative that helps students connect with teachers from the LGBTQ community; and the Queer Alliance, a group that promotes outreach activities within the community of Providence, the city where the institution is located.

Brown students have access to sexually transmitted disease tests, counseling, psychological services and support groups and also have a Gender and Sexuality study program that encourages students to explore how differences are produced culturally, politically and epistemologically. 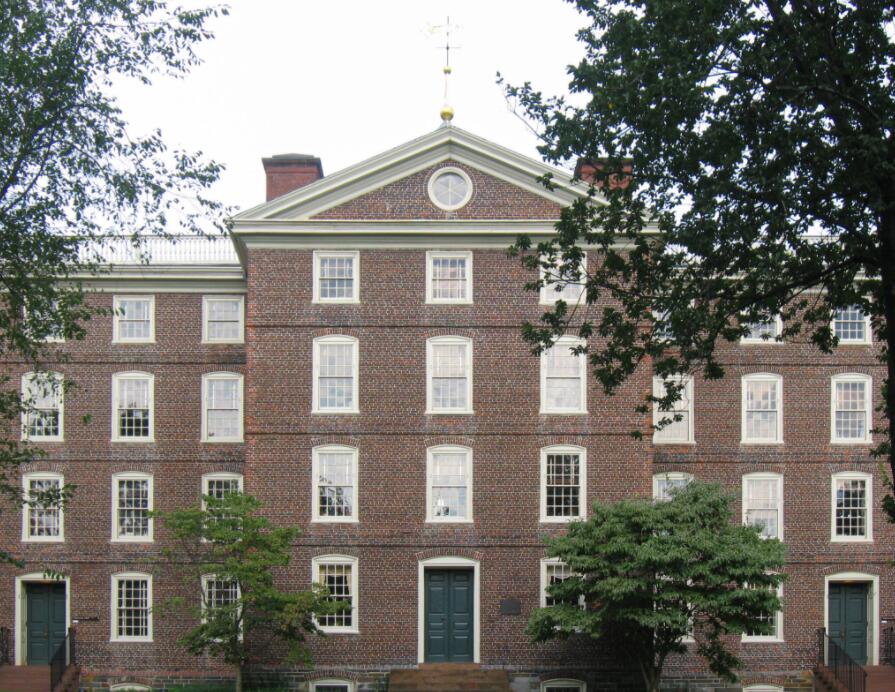 Most LGBTQ-friendly Universities in the USA: University of California at Berkeley

The University of California at Berkeley has a gender equality resource center that offers discussion groups, internships, events, a newsletter and more. One of the main events organized is the LGBTQ Career Conference, which aims to bring members of this community closer to the job market. The university also has a sexual health information promotion group and the Tang Center, the institution’s health services department that provides medical assistance and counseling.

Some groups in Berkeley that help the LGBTQ community are the National Lesbian Health Organization; the Suicide Risk and Prevention Group for Young Lesbians, Gays, Bisexuals and Transgenders and the National Coalition for LGBT Health.

Most LGBTQ-friendly Universities in the USA: University of Wisconsin-Madison

The University of Wisconsin at Madison has (for a long time) been dedicated to supporting and providing resources to its LGBTQ community. In this way, several discussion and support groups are promoted on topics such as asexual identities and fluid sexualities, for example. The LGBTQ Leadership Institute helps students explore their gender identity and establish connections with others in the community. The Queer Emerging Leaders Program helps students connect and develop leadership skills. The university also has a good number of courses for those who wish to focus their studies on LGBTQ issues. 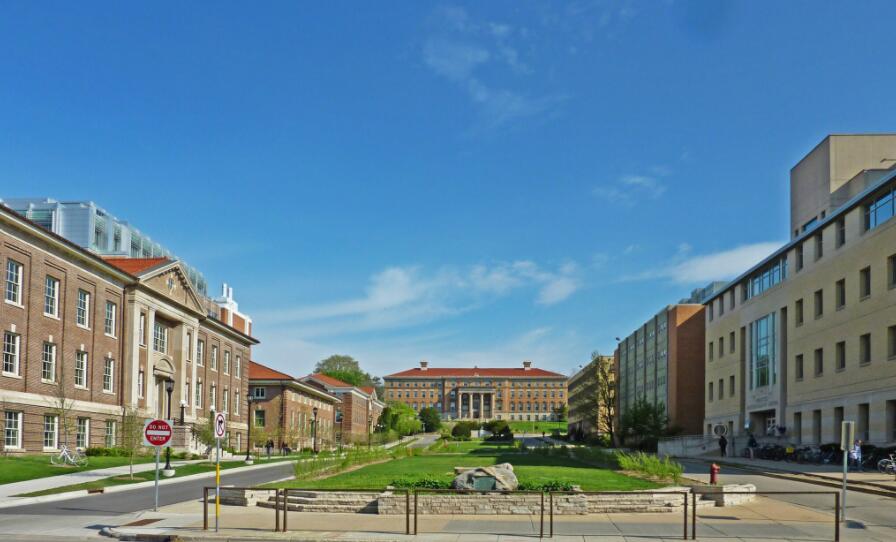 Most LGBTQ-friendly Universities in the USA: Pennsylvania State University at State College

On the main campus of Pennsylvania State University, which is at State College, LGBTQ students and allies have access to the LGBTQA Student Resource Center, which offers discussion groups, mentoring, leadership retreats and even scholarships specific to that community. The university also seeks to provide support through its Health Services Center, which even has a hormonal therapy program for male and female trans students.

The institution is also proud of its studies on Sexuality and Gender, which offer a complete understanding of sexuality, gender theory and the main events and movements related to the LGBTQ population.

Most LGBTQ-friendly Universities in the USA: Emory University

Emory’s LGBTQ students have many resources and opportunities to participate in discussion groups focused on issues such as the reality of transgender students and black LGBTQ students. What’s more, the university has its own Pride Parade and strives to maintain an atmosphere open to the LGBTQ community through the Safe Space program , which teaches students, teachers and staff about ways to support the community.

There are also promoted events such as Queer Connections, which helps students to connect professionally with other students, teachers and alumni. In the academic field, Emory has programs in the Department of Studies on Women, Gender and Sexuality for students who seek to centralize their university education on problems related to LGBTQ education. 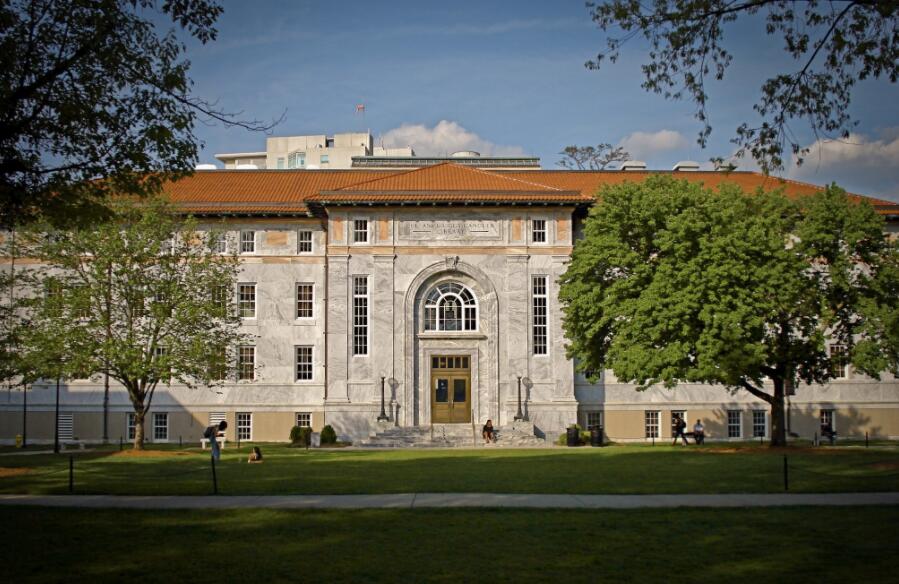 Most LGBTQ-friendly Universities in the USA: University of California – Irvine

The University of California’s LGBT Resource Center in Irvine promotes six themed weeks throughout the year to discuss issues relevant to the community, such as National “Out of the Week” Week, Queer and Trans Black Week and Pride Week . Two other important programs are the Stay Woke and Queer lecture events, which are weekly conversations that explore contemporary events that impact the LGBTQIA + community, in addition to other marginalized communities.

Another very interesting fact is that the institution has more than 200 bathrooms without sex, in addition to LGBTQ houses so that students can feel comfortable and welcome. There is also a reception house that offers housing with gender inclusion for transsexuals, non-binary people and supporters. In addition, UCI also has a Department of Gender and Sexuality Studies, where students can focus their academic studies on LGBTQ issues and even engage in queer studies .

Most LGBTQ-friendly Universities in the USA: Michigan State University

Michigan State University has a plethora of resources available to its LGBTQ community. Its LGBT Resource Center hosts Color Me Queer, a discussion group for LGBTQ students to talk about social issues related to sexuality and gender. The university also has an LGBTQ library that, in its collection, has several books, zines and films within this theme.

The university also has its LGBT Resource Center that works to ensure that institutional policies support the needs of its LGBTQ students. A great initiative is Ourspace, a confidential support group for gay, lesbian, transgender and bisexual students. For students seeking health or counseling services, MSU Student Health Services is available to provide medical and psychological care, as well as hormone therapy and counseling. There, minors are also offered in studies on sexuality.

Most LGBTQ-friendly Universities in the USA: New York University

The New York University strives to be warm and caring with your LGBTQ community through its many features such as NYU LGBTQ Student Center, which has the main objective to make students get involved in issues related to LGBTQ world meet support and participate in community events like Quench, a series of meetings that takes place regularly and allows participants to share ideas and discuss issues such as queer mental health and racial justice in the LGBTQ community.

These are the most LGBTQ-friendly universities in the USA. Which one will you want to study in? Whatever your answer, the secret to winning your long-awaited place at an American university is to prepare, preferably well in advance. And the good news is that we can help you with that through our expert mentoring.